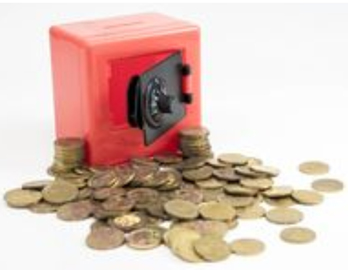 Are you curious ...enough to know what life has to offer inside an old uncrackable safe?

Over the weekend, I read an interesting story by the Vermillion Standard newspaper out of Edmonton, Alberta which has now been picked up by almost every major news network. The story is about Stephen Mills and as the headline reads: he cracked a safe that had stumped expert & amateur locksmiths alike for the last 40 years. He simply made a guess. . .abracadabra and he was right!

This amazes everyone but this is not what amazed me about the story. There is something much more thoughtful and intriguing in this story than a lucky guess. It’s right there. Actually, it’s not right there because most of the media failed to grasp something so special and so extraordinary and much deeper than a 3 digit lucky guess. You might only find the answer here or on the link below from one of the first media outlets to pick up the original story which passingly mentioned this crucial detail.

Here is the intrigue: Stephen Mills took his family to the Vermillion Museum only to find that the museum was closed. Most of us would think ‘Dang. . .closed….time to go home’. . . but Stephen didn’t go home. Instead, he broke out his phone & dialed up the city to see if a volunteer would come and open up the museum . Someone picked up the call and answered the call in more ways than one. Think about that! Most would think it was out of the question or even rude to make such a request and most people that think this, play an infinite game with finite rules. Stephen may not be an expert safe-cracker but he plays by his own rules: he tried. He is curious to learn and doesn't give up easily. Give it a try and try again is how he sets his example for his two kids.

What he is doing is the classic example of imperfect practice: knowing the results may be disappointing but he keeps trying anyway. The city could have told Stephen, ‘No the museum is closed and he would have to come back another time’ but unless he asked, he would have never known that others want to help too. And he never would have had a shot at breaking the safe.

This story would not have caught my attention a year ago nor would I do anything about it. The last year has been a turning point in my life. I started to learn intensively about emotional intelligence and practice mindfulness. I started to observe my actions and listen to my emotions; I observe and listen to others’ actions and emotions. I have started to find joy in my life since. I enjoy each moment I am here including recognizing my past pain and embracing my current fears and facing daily struggles because I know they are mine and I chose them, and I can change them. I feel happier because I feel less judgmental and prejudice toward differences. I feel happier knowing my actions contribute to the happiness and success of others. And I find courage to accept dislikes but brave enough to ask for help and accept help from others.

It amazes me every day how life opens up since I started asking more from it and trying my best to contribute my part and allowing kindness to flow forwards and backwards.

My new perspectives towards life brought Stephen’s story to me. Similar to Stephen, I won’t stop until I give myself another try and then try again and allow others to help me and accept kindness and provide kindness back to community.

The new me reached out to Stephen. I found him on Facebook and sent him a note. I wrote to him in the way I want to remind myself to set samples for my kids to live the life to the fullest of my efforts and potential.

Surprisingly, he got back to me right away. Stephen’s story does not stop at cracking an old safe. While his family was at the museum, he leaned the community struggles to keep it up and running. He also learned that the newspaper which first reported his story is also struggling to get funding to continue printing. Stephen jumps right into a new mission: raising funds for the museum and the newspaper.

Laws of attraction, karma, coincidence, or whatever you call it, I feel connected to this new friend of mine I virtually crossed paths because we have the same interest – Stephen and I think alike. This Spring, I saw a fund raising post on Facebook from a friend of a friend for a budget to take a group of first year college students to a debate contest trip to Las Vegas. I reached out to the professor who led the team and offered to pay for the team to have a nice meal at any restaurant of their choice to motivate their spirits. Now the college professor and I have become close friends. We met for a drink recently and our conversation didn’t seem to end. For that reason, I ask you to support the fund raising for the museum and the newspaper. You never know you may end up having best friends from Alberta, Canada soon.

Have you tried the impossible task or an imperfect practice today, like making a wild guess to crack a safe? You don’t have to. Start your impossible mission in a baby step; like reaching out to #stephenmills gofundme for the museum and the newspaper or simply reaching out to your local library, senior center, or museum and volunteering your time and your talents or simply a call home to ask how the folks are doing, you will notice right away your actions keep the earth’s positive energy & kindness to flowing.

Habit of the Brain

The power of our brain...